i cannot claim to have a particularly fascinating mode of employ. however, it serves my purposes well and it keeps the colnagos, ibis and the cielo in the manner they would wish to become accustomed. there’s even enough left over to put food on the table and pay the mortgage every month. however, i believe i would broker no disagreement were i to point out that sitting in front of a computer with fingers feverishly darting between wacom, keyboard and trackpad is not the stuff of which legends are made. even if i were to incorporate my other job, which you’re reading at this very moment, the scene remains the same; keyboards, pixels and trackpads fill the void. 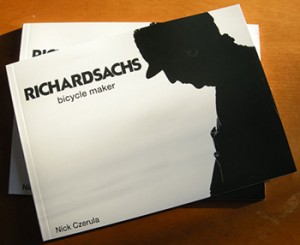 such a bold admission inevitably means i will probably never be the subject of a major bio-pic, where my character would be played by robert millar and mrs twmp by the girl from the big bang theory, for who would remain awake until the closing credits? similarly i cannot expect to see in my peripheral vision, a professional lensman documenting my every move, attempting to associate it with the few thoughts that enter my head in large format pages. waterstone’s or barnes and noble may be feeling the economic pinch, but they need not expect that such a mythical publication to be the saviour of their share prices.

films and books such as those suggested above require intrigue, simplicity of operation, sullenness in the face of pleasantries and an almost impenetrable degree of character unleavened by dialogue or an assembly of light and shade. i can see you are already several steps ahead of me here, for photographer nick czerula has already fulfilled such a promise by documenting that which is richard sachs. 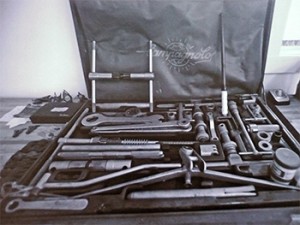 for most of us, the assembling of various steel tubes and lugs into an agglomeration that might be referred to as a bicycle is something we will never see brought to life by our own fair hands. aside from the jigs, spanners and gas bottles required to provide velocipedinal completion, the rules are too vague and three-dimensional to be brought under the heading of most folks’ experience and sense of adventure. this belies the pervading sense of calm in each of the 122 black and white photos that comprise richard sachs. bicycle maker, depicting richard at work and occasionally at play.

this will not be mistaken for that of an instruction manual; yes, nick czerula has likely documented every salient point of bicycle construction, along with the jiggery pokery that exists by way of the framebuilder’s accoutrements, and for all i know, they may even be presented in the correct sequence. but, like me, you will likely not be examining the process but the intensity of each image, even if that image is only of a complete campagnolo toolkit. 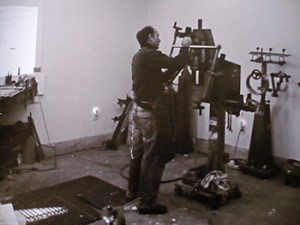 i was once dispatched to ardbeg distillery to photograph manager mickey heads on his first day at work. my instructions were to provide only hero shots, a description that translated as mickey having to pretend he wasn’t having his photograph taken; an onerous undetaking for us both. yet richard sachs, a man not renowned for inviting an audience into his space in warwick, massachusetts and offering them glasses of san pellegrino, seems not to notice his documentor, even when casually posing for the camera. a symbiotic relationship could best describe the results; sachs encapsulates relaxed concentration – an attribute i have noted seems to possesss experts in a variety of disparate fields – all but oblivious to the click of the shutter. nick czerula is the other 50% of each image, capturing images that have a perceptible depth substantially greater than the coated surface of each page. 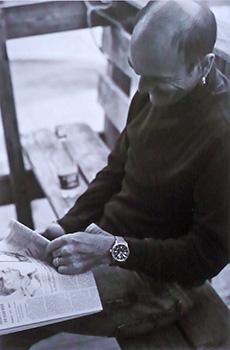 richard is a keen photographic recorder of his own world, attested to by a count of 13,385 images currently populating his flickr photostream. not unnaturally few of these feature the man himself, but mostly the paraphernalia that makes him who he is and the exquisite results of endless filing sessions. nick czerula has captured it all and more; there is truly so much to see and to be seen, that the silhouette simplicity of the cover belies the complexity of the contents. as companion to the workshop images, richard and bicycles are also depicted at play on the east coast ‘cross circuit, subtley validating the build process. a richard sachs bicycle is so much more than a few tubes, lugs and red paint.

a unique example of the whole being greater than the sum of its parts.

i have said on a number of occasions that richard sachs is the best friend i’ve never met, a situation i intend to remedy at this year’s north american handbuilt show in sacramento. this book now means that the only aspect missing is a physical shaking of hands and the exchange of a few (hopefully) well chosen words.

if you didn’t want a sachs frame before viewing this book, you will when you’ve finished.