No Fiddler On This Roof

Does framebuilding have a tradition? Is there some thread that weaves its way from a definable past to what it is now – and may one day become? When I think about the trade I am part of, invariably I come back to the sport. During my formative years, all of the framebuilders and brands that I was aware of were suppliers to the racing community.  The men, their sons, and small shops that made the bicycles that so many of us coveted, all came out of industry and had alliances with the peloton. They eventually set up small facilities in which better products could be made than had been possible in the large environments they left behind. There was a moment in time that these brands were – warning: overused cliché coming once again atmo – at the vanguard. The best and the brightest from among these were known for fine design, innovation, experience, working skills, and an innate ability to find ways to have their bicycles ridden to victory all season long by the era’s top athletes.

But that chapter of history, while it may have lasted a decade or three, is gone.  It would be a rare brand – the ones whose names folks would drop whenever the subject came up – that could make a  transition from frame producer to large (or at least, medium) level supplier. Some sold their names and cashed out. But most of the framebuilders from the halcyon era are no longer at a bench. At the front of the peloton for nearly twenty years now, we have the Treks, Giants, and Cannondales of the world. These and their ilk are the main players. They all have found ways to make bicycles that rivaled the very ones that were the province of the framebuilding community only a generation before. In a nutshell, they supplanted an entire segment. They didn’t do it to level us. They didn’t do it to show us that they could. They did it because it’s how they make their money. These companies found ways to penetrate a market demand that once could only be fulfilled by a working framebuilder.

Those of us living in the present are fortunate to have an audience. Our predecessors set a high standard for us to aspire to, and many of us spent our adult lives trying to take the best from this past without remaining in it. The ideal is to drive it forward using our own passion, innovation, and ties to the sport. That last part is key, because the bicycle and the arena of competition have always been inseparable. Those who we serve are weaned on a diet of marketed race results and images of hard men kissing podium girls. The racing is what sells the bicycle, even if the client never pins on a number, and even if the maker no longer does either. But the relationship the client has with the maker and the frame he produces at his bench has synergy with the system. And that system cries, “Win on Sunday, sell on Monday.”

If you go to the bench each morning, gather a pile of pipes, and begin to fill an order for an eagerly waiting client, try to imagine that happening without the sport or its place as a proving ground for all that we do. We are still living in an era where we can trace connections back to wins, iconic athletes, and testimonials. For those with no interest in this and for whom a month long effort to make a halo bicycle that shines in the sun but, in man-hours was a major league loss of productive time and proper remuneration, enjoy the public adoration while you still can. In a heartbeat, industry will notice the corner you’re standing on, find ways to manufacture what you consider your monument, and make it available to consumers at a lower cost and without the long wait. This very thing happened to the racing bicycle; it can and will happen to all segments of the hand-made niche where a market can be defined and exploited.

The short of it is this: there is no tradition in framebuilding. There is nothing to save or to pass on. We live in a world where everything that was once carefully and only made by hand can be manufactured from an art file. While some folks will slip through the cracks and make a career, the recent niche bubble often cited will burst and the landscape will be dotted with men who can no longer compete with each other, much less with the Treks, Giants, or Cannondales of the world. 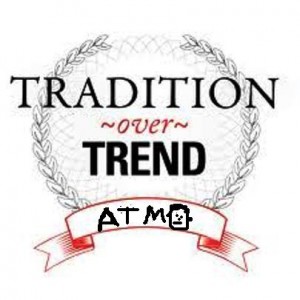 PS No Treks, Giants, or Cannondales were harmed to create this entry.
The brands are cited only examples of companies that have taken it to
levels that were once considered unreachable in production environments.