Speaking of retirement and rumors and fairly silly guesses at lead times ranging out as long as a decade, Richard Sachs was on hand and basically rekindling my belief in vampires, as I don’t think he’s aged a day in the 15 years since the first time I shook his hand… 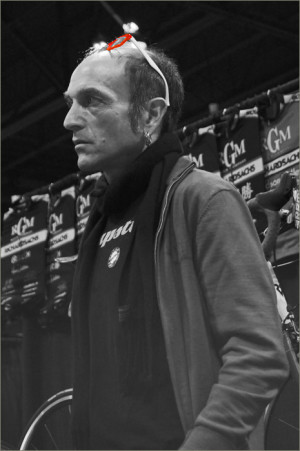 To try and add a little level headed explanation as to how long the line at the door is for a frame, the official word is the lead time is really a floating number. In the case that extenuating circumstances didn’t exist and he just worked his way through orders, the wait would be some place around 7 years. To some folks that would sound silly, but for a lot of people (including me), it sounds fine. Neither Richard nor his typical customer will be confused with “here today – gone tomorrow” people looking for instant gratification.

Richard hasn’t wavered in build priority much over the past few years. You’re getting solid construction, built to perform well and accommodate tried and true component standards. 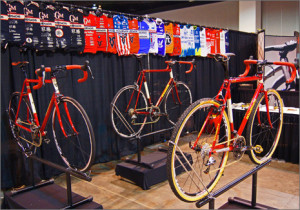 The formula obviously works so I was a little surprised to see that he’s running a few different finish options allowing for a bit more tint to the traditional red (now a light, medium and dark)… 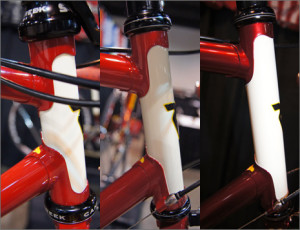 There’s no surprise in the craftsmanship, detail and consistency across the range though. That’s exactly as expected.

The above text originally appeared March 5, 2013 on Pez Cycling News.