My sixth decade will end soon and I only recently could admit to myself that most of it was spent putting things in place. The memories of childhood and the adolescent years that followed. The adventures. The classrooms. The alliances. The acts of defiance. The acts of conformity. Some folks find a place to land early on. I haven’t landed yet.

I’ve had a trade since the age of nineteen, but very little else has settled. I never got that matriculated, and then moved on to the real world feeling that some may have once they leave university and begin a life. The ink on my three years at The Peddie School feels like it never dried. Yet I’ve had so many memories since that time. Living in England. Starting a business and growing a brand. The Chester era. Making bicycles. Racing. Love. Marriage.

Several years ago I thought I would walk away from my past and live as though I had none. It seemed like baggage – nearly all of it good. But heavy nonetheless. I considered relocating the way others may think of reinvention. We moved to Franklin County, and it was as close to starting from scratch as I can imagine. The newness, the gift of space, the quiet, the complete absence of having senses assaulted daily by noise, high body-counts, and signage – this is what comprises my routine now. But I haven’t been able to cut cords.

Most of my fifties were spent pondering the years that preceded them, summoning up memories that my best times revolved around, and cataloging my life. It was almost a full time job examining what got me to this point, finding out what makes me tick, and then doing something with it. I spent more time managing my past than I did living my present. And of the future? I never planned. All the paths that I found myself taking – all the ones that delivered me here – none were mapped out in advance.

I was so much more sure of things when I was half the age I am now. My ability to live a detached life and have an aloof attitude has been waning recently. It’s as though the semester is finally ending and my first real important test is about to be taken. Some reach this point during their scholastic years. Some may reach it when they start a family. I have danced through hallways, skipped classes, missed assignments, and left the phone off the hook for a long time. For the first time in my life I may be actually be ready to face it. 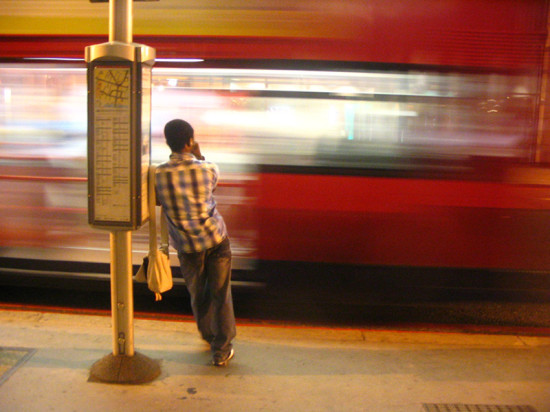