It’s a mind stew of odd, cluttered, sentimental, and dread that encompasses the build-out. After some five months of waiting, the contractors have left and I’m moving into a new studio. It’s a dream place. All the work, floor, and storage space I’ll need to sail into the rest of my life as a craftsman. The natural light from the several 80″ wide bay windows is also a treat. I probably won’t need to hit the wall switches until mid-afternoon.

As with my previous space, I have the cathedral ceiling thing-y and a nice loft for all my archives and ephemera. Some of it still lives in the storage locker mall, and I’ll systematically break that down over the next month. For now, the workbenches and fixtures are in place. Some of the surfaces have become makeshift desks while I pay bills and deal with correspondence. Soon, I’ll make a more permanent area for the clerical stuff so that the first floor is all about fabrication.

In typical e-RICHIE fashion, I’ve been obsessing about this day since at least when the drywall went up and the interior began to resemble the plans that were drawn nearly a year ago. My head has been spinning with which tools I should leave out, which ones will remain in cabinets, the exact rotation of the swivel vice that allows me to stand there and not be distracted by the natural beauty right outside my window – I’m too maniacal for my own good (for anyone’s good for that matter) to just load in the material, accept that I can rearrange it every third day should I so desire, and just start working (again).

I look at the space, as well as all its contents, as a chance, my last chance to be sure, to get things dialed according to my fantasy. I’ve had four workrooms since the early 1970s, and a mother lode of fantasies for what they should be as well as look like. My mind dances though images that include a print shop, the gun room at Purdey, a tailor’s space at a typical shirtmaker in, say Naples, and always a dose of “Which way to Radiology?” mixed in.

In my later years, more time has been devoted to fulfilling the fantasy than actually standing at a bench and burning through some tubes. I think it’s a redemption thing. I started out a certain way in a certain time, and every chance life gave me to drive the gift forward I lingered and began to fantasize about other things. I want to fix all that. Hey. Who am I kidding about the “…in my later years” crap? I’ve always been this way.
. 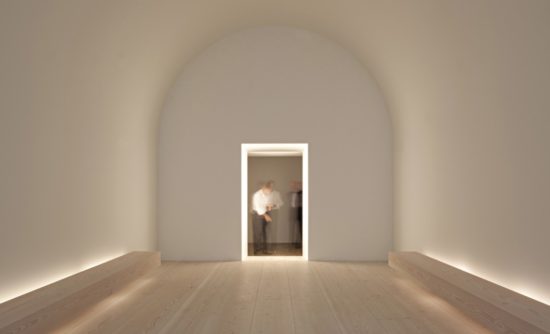