The Mosey Ride™ is a gift TLD (The Lovely Deb) and I unwrap on weekends. Most of them. Last Sunday we took a Pasadena and went for a walk instead. The Budster too. On the rides, he stays home. And waits in the window while perched on the back of a couch. It’s more a love seat than a couch. The way TMR™ is about rekindling the relationship rather than a bicycle ride.

There are no real rules on The Mosey Ride™ the way there in, for example – gravel racing. Ya’ see what I did there? On The Mosey Ride™ we coast a lot. Working up a sweat is the opposite of de rigueur. You don’t want to perspire. Note: I had to look up the spelling of rigueur. It’s fine to look around and let your mind wander. And wonder. But no fretting permitted.

For the first 70 minutes I was ahead of Deb most of the time. And she was right on my wheel. We ride single file for safety’s sake. I wanted her to take a turn. I flicked my elbow and instinctively she pulled through. But not without Deb’s patented version of Pee Wee Herman’s staccato laugh, often accompanied with his, “I meant to do that.” Funny shit, this.

For those keeping score today’s ride was about 115 minutes through delightful roads in the Pond Meadow district not far from home. We knew it was July because the Devon cows over at Maple Breeze Farm were lined up in the pasture, spelling out TMR just as we passed. Viva The Mosey Ride™. Le Mosey toujours. That’s French for 24/7. 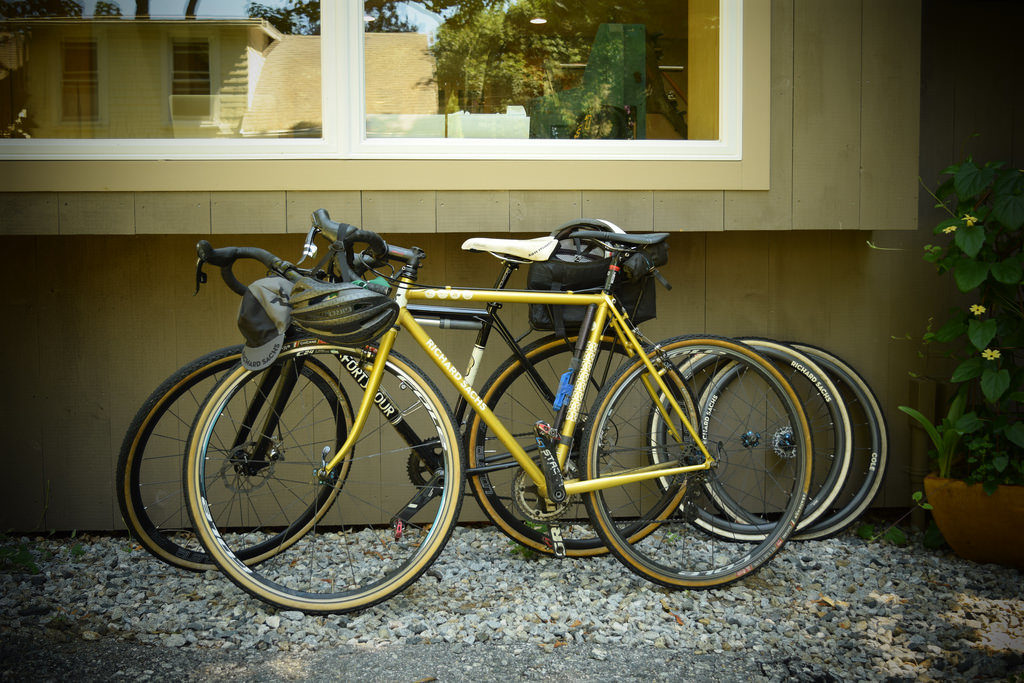