These Are Just Bicycles

For as long as I can remember, I have considered framebuilding a creative process. Indeed it is also one that can be tied to production methods, and quotas, and price points. It’s a lot easier for me to reconcile the business side of things now than when my life was one big learning curve. I fought long and hard the notion that machines and staffs of people manning work stations could make bicycle frames the way framebuilders made them. I wanted so much to believe that the artisans and brands that I held in high regard, those who I considered muses and had pioneer status – I wanted to believe that their work was beyond reproach. We all need a special lens to view things through on our way up; something has to be the carrot and someone has to provide the inspiration. At the beginning of my career, I had role models too. But more than these, I believed that bicycle frames made this way were the Fabergé Eggs, or the best from the best Cremonese luthiers, or the haute-est of haute couture all rolled into one. It wasn’t so much about an individual making a bicycle that was at the center of my fantasy as much as it was the fantasy itself. It included a world in which men who did this kind of work answered to a higher calling.

Dreams of melding my life at the bench into someone else’s page in the history book of the trade were ever present when I was young. Because I worked alone and had come to all of this with minimal training, I believed I was missing something. Did I begin too early? Should I have traveled to other makers to get more experience before hanging a shingle? My twenties were filled with second guessing and self doubt. I was able to sustain a business since I opened in late 1975, but spent decades thinking that there must be more than this.

Several trips to northern Italy between 1979 and 1985 became a turning point for me. Before the first excursion, I had already stood a bench for six years and thought I was established – not fully trained or versed, mind you – but established. I reckon I had made and delivered at least 500 frames by that time. A pal and I spent twenty days driving around the region visiting every frame shop we could find, hoping to do some industrial espionage under the guise of being two Americans there to attend the trade show in Milan. We dropped into dozens of ateliers of what were then the best (or most renowned) makers of handmade racing frames in the western world. We hoped to find some kinship, some synergy, and of course – some secrets. Odd, but to a shop and to a visit, not a single entity embodied what I had expected to see. I had come to all of this assuming that there was some kind of majestic one-frame-at-a-time routine at work. Every place we visited made frames, and they made the very frames that spoke to me all those years at the front end. But these weren’t men making frames, these were shops filling orders based on batch building, and sub-assemblies, and production work, and even using automated methods in place of their hands. What was up with that? I went into all of this assuming that these makers, these bicycle equals of the famous fashion houses of Paris – I went into the front door of every single one of them expecting to see the les petites mains at work. From the New York Times article –

EVERY day for the last three weeks in Montmartre, 45 seamstresses at the House of Lesage, France’s oldest embroiderer, have been hunched over wooden frames feverishly stitching sequins, rhinestones and beads onto gossamer cloth. Their needlework is so intricate it seems spun from candied sugar. Defying the official French 35-hour workweek, they are rushing to finish some 50 designs for the spring haute couture shows, which begin on Monday.

The women are among the treasured “petites mains” (tiny hands), artisans who labor in workshops, that have changed little in a century, doing the elaborate handwork that transforms a designer’s dress into a sumptuous showpiece of luxury. They make ornamental silk flowers, curling the edges with heated tools that look like lollipops. They fashion peau de soie evening sandals on custom lasts and stitch straw for hats and polish buttons shaped like bows and plate them in gold.

It took me a long time to process what I saw in my trips across Italy and juxtapose it against what I expected and what I wanted from it all going forward. Regardless of the encounters, I was a devout loner and there was no way I would transition my life into anything else if it meant I had to be part of a staff, mine or otherwise. I left that ordeal back in 1975 because I was ready to hear my voice clearly and without interruption.

It wasn’t until the late 1990s that I became comfortable in my own skin. Yes, I did continue looking around after my recon trips abroad. I even returned to many of the same places, and for the same reasons, but managed to lose my rose colored glasses. Without muses, and heroes, and folks in the trade who were the one-handers (those who work was so great you could count them using only five fingers…), I did what I could, where I could, to draw inspiration. Recently, I was asked about influences and, with hindsight, gave the reply that…

Through the years and over the eras, the following have been my muses, some for a fleeting moment, and others for a longer time: Bill Hurlow, Yoshiaki Nagasawa, Faliero and Alberto Masi, Dario Pegoretti, Jim D’aquisto, Jil Sander, Phillipe Dufour, George Nakashima, my wife a.k.a. The Lovely Deb, Paul Laubin, etc etc etc

…but by the time Y2K rolled through and I had already accumulated a body of work spanning nearly three decades.  I began to grow tired of looking around so much. There was a moment of clarity from which I arose and felt that my voice is the one I should be listening to. Enough with the magazine clippings, and the collecting of anecdotes, and the incessant reading and re-reading of W to see what was happening in the fashion industry and was it something I could learn from. For many years I daydreamed about my niche and hungered for analogies that would make it seem like something other than it was. In the end, these are just bicycles, not jewelry, or rare violins, or a pair of bespoke shoes, and certainly not art.

As someone who lived with blinders on for so long, it was refreshing to finally lose them. It was cathartic. I no longer saw myself as some young turk who needed to  spend years trying to become a hunched over, leather apron wearing shop keeper who would be more at home in some other trade. Finally realizing that I didn’t have to be someone else is a reward all by itself.

I had my fantasies and I let them go. The fantasies enabled me to get to this point. The reality that came as a result of the daydreaming and wondering is better than all of it. I still think of what framebuilders do as being creative work. Not all of it comes from the bench; some of it comes from looking around. 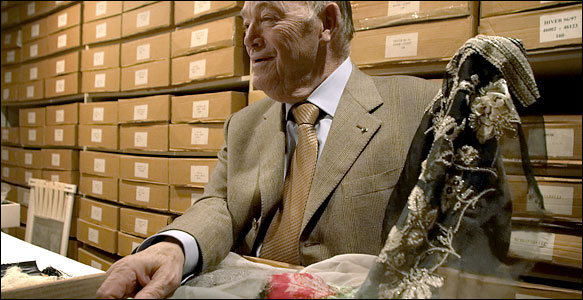