I left the red thing behind in 2012 but still do some paint work that looks red from the shop window. The scheme we did beginning in 1982, the one on many thousands of RS frames – well, that’s history. There are times I look at some of the versions, particularly those from the in-between years, and wonder, “Uh. What was I thinking?” But by the end, those last few seasons before I pulled the plug, I considered the colors, the art, and the execution so evolved that it matured to a level I knew could be taken no further. So now, but now when a client asks for red paint in any shade that is red, when that’s the work order, and it comes back looking different than anything from that 31 year window in which things looked the same, but really weren’t the same at all but looked the same because unless all several thousand were actually lined up next to each other you’d never believe me – but really, they were all quite different from each other…so now, when we do a frame with red paint whether red red, or light red, or dark red, or Bahama Mama red, and it’s a post-2012 version of red with the graphics that House Industries created, I like it, all of it, so much better than anything at all. Anything. 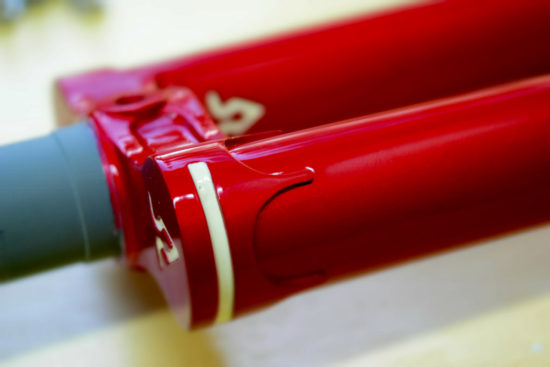