Toto, I’ve A Feeling We’re Not In Houston Any More

Be careful what you wish for etcetera. I just left the building, a.k.a. the Hyatt Regency on Avenue L in Sacramento. The 8th Annual North American Handmade Bicycle Show is history. NAHBS 8.0 was a huge success and surpassed previous iterations on all line items that matter. The body count was higher. The face time was better. The host city was among the best so far (sorry, but I still have fond memories of NAHBS 5.0 in Indianapolis). The official hotel was better. Tables sales were way better. And the bicycles were better too. That last part needs an asterisk. The typical situation that I accept as normal for a NAHBS is this: I was too consumed with the traffic at my booths to take any quality time away and look at other bicycles with anything close to a critical eye. But so what? Being critical based on what you find on the internet is a varsity sport, and I consider myself a team player.

At a quick glance in which I scanned about 4,000 images, mostly on Flickr, I came away believing that the landscape has changed, and I mean changed with a Capital C. At one time, some of us thought a NAHBS agenda included creating an environment in which seeds could be planted, resources could be shared, and fledgling interests in the trade could be nurtured. From a distance, it’s clear that the bubble that began in the post Y2K era has burst and we have far fewer cats considering framebuilding as a pursuit, hobby, career, or otherwise. There are still new folks, but the numbers have dropped off. There is no tree from which future framebuilders fall.

This trade once had a true alliance with the larger bicycle industry. The framebuilders who came before me or whose careers mine overlapped with – these cats were never in the margins. To a man and a brand, they drove the innovation, the style, and the commerce. Those in their shadow considered these men at the vanguard. Data point: I have use that at the vanguard spiel for so long it seems trite. Oh well. Once upon a time, there was the industry food pyramid on which this trade was at the top. And then someone flicked a switch and we found our place in all this supplanted by the manufactured bicycles that are part of the mainstream now. Again – there was a moment in time that a racer, or an enthusiast, or a collector would look only to a framebuilder to procure that be-all, end-all bicycle. This hasn’t been the case for a long, long time.

NAHBS has had a profound affect of the street corner that we occupy. Some of it is because the show is simultaneously a breeding ground and meeting place for those with metal, carbon fiber, tools, and passion. What’s missing is that there is no clear and sustainable business model these days. At one time, a framebuilder traded upon his experience, his skill set, his designs, and his conviction. He made bicycles to order that were everyday tools for the road. It appears that now, with so many folks being so very new to this trade, the business model has become a moving target. Worse yet, many exhibitors seem to lack a target at-fucking-all atmo.

If NAHBS had begun in another era, the typical booth would contain bicycles and support material for these bicycles that had lasting value. That Coco Chanel quote about fashion being fleeting but style being forever is appropriate to describe what is being presented in the aisles now. Most framebuilders – or should I say, exhibitors – seem to have embraced the B4PA (Bicycles for Public Adoration…) approach to what is displayed. It’s all about turning heads, receiving affirmation, out gee-gawing others, and possibly getting that highly coveted Best-Of award on Saturday. I have seen (as noted above, on Flickr…) so many units that appear to have taken so many man hours to fabricate, and some of them with prices set perilously low, all made with the single minded goal that includes turning heads. Were this not the status quo, my opinions might differ. But it isn’t. The average internet-era effbuilder weened on a diet of NAHBS coverage going back to Houston is more likely to make a masterpiece for the weekend than he is to focus on any particular routine at the bench that will allow for long term survival in this niche.

If the natural order of things includes passing on experience and mentoring those who might have a chance at a career in all this, the sheer magnitude of the weekend no longer makes it possible. The ordeal is much too frenetic, and visually assaulting, and also way too crowded, to have any real impact. The best you can hope for is to grab one young person and have the framebuilding equivalent of speed dating. In my case, I grabbed three or four.

The several days at the convention center are just a blur of colors and sound. Both were loud. In the karaoke hall that we all occupy, the microphone that is being passed clearly needs a mute button. Perhaps it would make more sense to cut the power source completely. 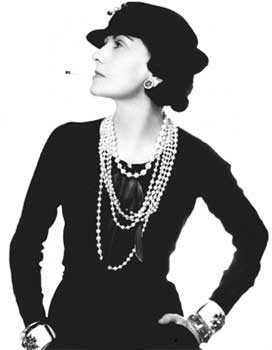