We Are The Sport

This morning when watching Soledad O’Brien interview John Eustice about – well, if I have to mention it, none of this will make sense anyway – it occurred to me how often folks invoke the Cycling is such a beautiful sport and we have to get past all these doping stories and return it to its former glory sentiment. Thinking about this, it’s always the grown men, often former racers themselves, who make these comments. The sport was always beautiful in hindsight. We (I was there…) were young. Many of us knew what was going on but were blinded by the thrills of speed, the traveling to places the sport would take us, and the natural beauty we would experience. And if we (I was there too…) were fans, it still was a sight to behold. Maybe all of this thrilled us because the sport of bicycle racing is not a conventional pursuit for a typical youngster in North America. There’s no ball. There really isn’t a playing field. There’s no scoreboard. And until recently, you couldn’t follow it on television.

We saw and found beauty in cycling because we were young. And being young, we were too busy riding, training, and racing to be part of the larger conversation about the sport’s history. That doping has been part and parcel of professional bicycle racing since day one is not news. Growing up and older, it becomes easier to see that the Governors of the game, nearly all retired sportsmen themselves, continued the very culture they raced under.

The current news stories are not revelations to anyone who is a student of the sport. The magnitude of it is larger because of how news is covered and delivered in the Y2K era. And it’s also a bigger story because it involves Americans. And – it’s a front page story because the Don of the sport, its very own Al Capone, is finally getting thrown under the bus in the same way he threw so many others under during his glory days.

No one I know who knows the sport, and I mean who really knows the sport, is the least bit surprised. Many (I am there too – VERY THERE) can’t wait to see Lance, Inc. get smaller and smaller and then just disappear. But will the sport change? I doubt it. The Postal Team and its era didn’t have the franchise on doping. For as long as past dopers are allowed a second chance, or worse – an opportunity to be in the sport as managers, team owners, or handlers – nothing will change.

I have been watching bicycle races since 1970. It was beautiful sport when I was young. And I think it’s also beautiful now. But the sport I am involved in has nothing to to with the news of the day. I can still ride, and train, and pin a number on. I can still enjoy watching pals when they do the same. But I would never opine that something should be done to return the sport to some former glory that involves life before the Lance thing. He is a liar and a cheater, and his controlling ways screwed his generation and now are screwing him. None of it touches me at all. He is not the sport. The sport is something only the innocent and the young can imagine. When the layers are peeled back and we learn how the magic trick is done, we become cynical and opinionated. And we will always want someone to blame.

The blame for all of this has to be directed inward. As we age, learn, and get wiser, we realize we’re hanging our hats on the wrong hook. The beauty comes from us, not them. We are the sport, they are the floor show. If you want the beauty back in your life, open up the front door, ride down the road, and remember what’s it’s like to propel a bicycle forward. It will make everything else go away. 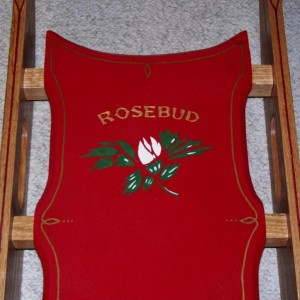