I saw an eBay listing that had one of my early 1990s brochures being auctioned. Alongside was some of the correspondence that accompanied it. Doh! In 2013 – as well as anytime in the recent past – it’s hard to believe so much effort went into printing, photography, and composition. I remember this brochure. It was my fourth or fifth since 1975, and a real departure from what preceded it. I had concluded that self-mailers were the way to go, and set upon creating the most beautiful piece possible that would tell my story, encourage folks to consider my bicycles, and also survive a trip from my mailbox to all fifty states.

For this project, I spent about two years making decisions and agonizing over images, how many panels to have, paper stock, and typeface. Most of the text was lifted from a brochure printed about 8 years prior. The words and timing were updated. I sat through several studio shoots to get both product shots and workshop images. I poured over hundreds of racing pictures before I found the money shot of me leaning over and looking mean.

This printed piece was produced digitally in an era when very little else was. Much of the mechanical art had to be converted over so the pressmen could do their job. I remember being overwhelmed by all the subcontractors who were working on these newfangled computers because I was used to graphic designers using X-ACTO blades, photostat-ed type, Spray Mount, Bainbridge No. 80 Board, stainless rulers, and LOTS of imagination. Wtf happened! Can you say Macintosh? According to my opinion, this brochure – especially in its time – had the perfect combination of technical information, history, visuals, and the all-important synergy I have with the sport. And PS I hated the drop caps but signed off on them nonetheless.

What strikes me about the contents in the auction listing is that in 2013, communication has morphed into interacting. That all of my correspondence was once accompanied by a hand-written and personal note is a reminder of change. I still send cards and thank-yous to all clients who place an order. And I do similarly once a bicycle is finally delivered. But past these two tasks, everything else is electronic. Print has lost its relevance. I haven’t had a brochure since this particular one ran its course. The website is now Ground Zero for letting folks into my world. My pens never run out of ink, nor do my pencils lose their points.

I would rather live in a world where communication is personal and standards dictate that notes are exchanged rather than emails traded. Hand-written letters and quirky cards are reminders that someone made an effort to connect. They can be re-read, put in drawers, found years later, and still elicit a good feeling. Email folders and Inboxes offer no such possibility. Getting to see the brochure and note on eBay will enable me to get to a place I want to go next – and it happens to be exactly where I once was. 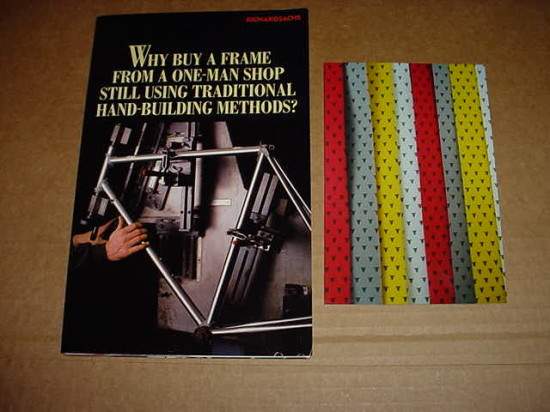 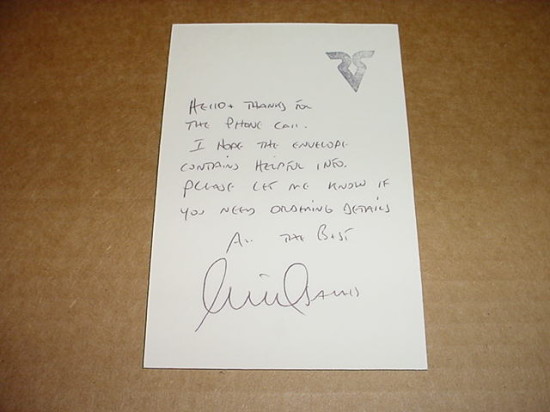 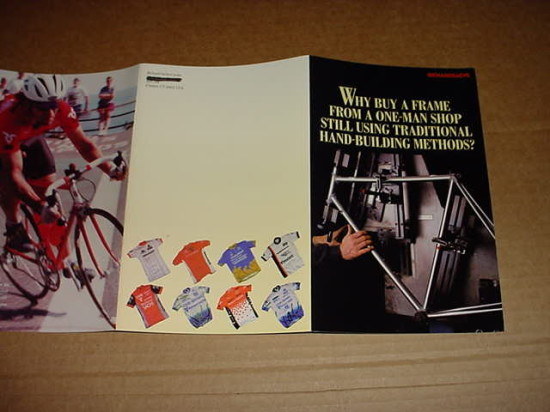 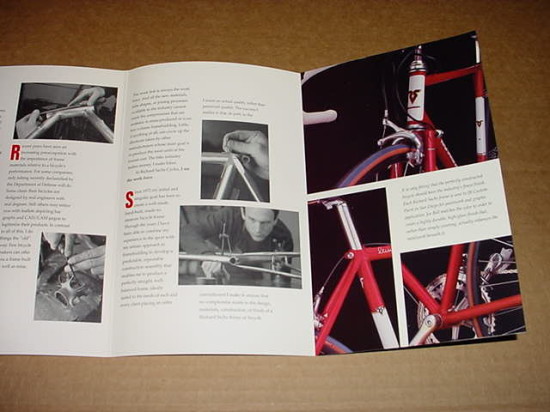 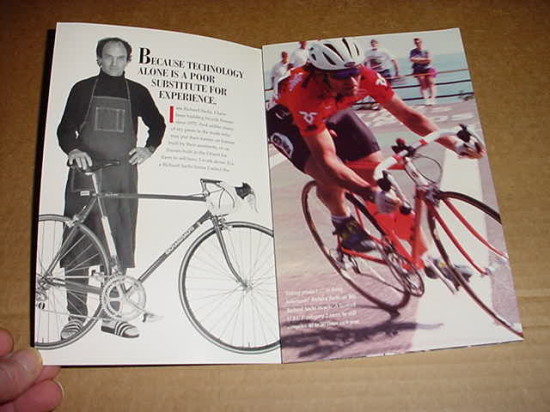 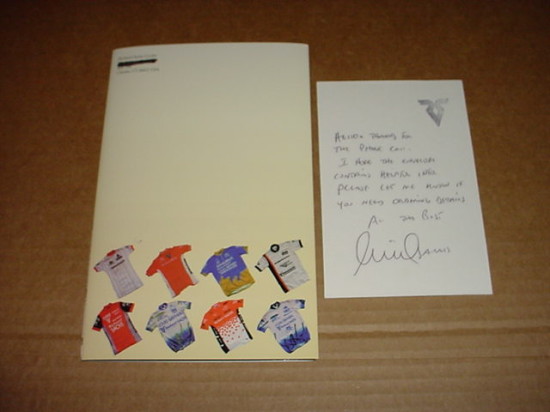 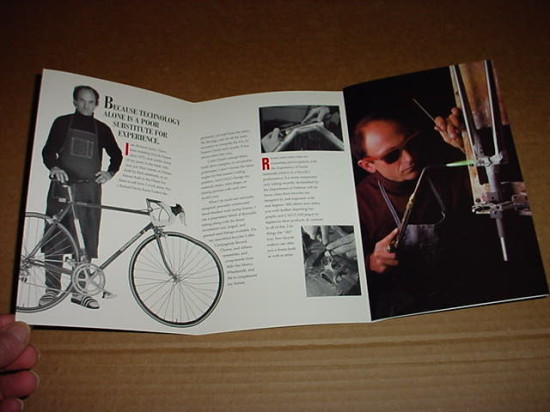 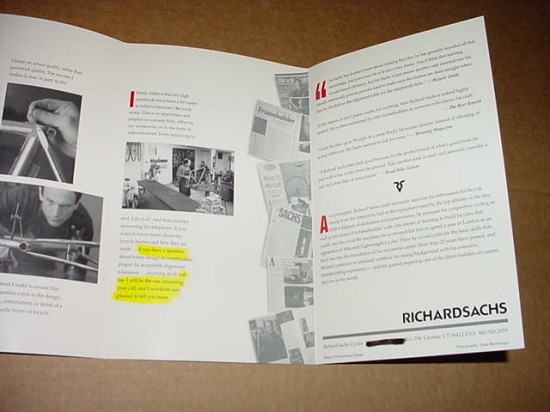