There was only a brief moment in my life between leaving The Peddie School and arriving in London at Witcomb Lightweight Cycles’ front door. And that period lasted less than four months. I waited for September in anticipation of being a student at Goddard College. During this time I worked in Manhattan until I could get to Vermont and start writing. I ended up in Deptford London SE. But while in New York I always carried my journal and jotted down more than a few observations. Many were about me, a subject on which I’m an authority. As an example, these notes about lunch habits. For those who don’t recall, Zum Zum was a restaurant chain that focused on German-style food. I had a serious fetish for their sauerkraut so much so that it became a daily staple. I’ve had many similar fetishes since then, some were food related but most weren’t.

Reading back through my entries it’s clear that my personality type includes attaching to things, events, opinions, and even entire time periods, and then letting them go. Of all the tools available to me, the most valuable and used one is the long lens. I’ll grab it, look through it, and things will make more sense than they ever did. 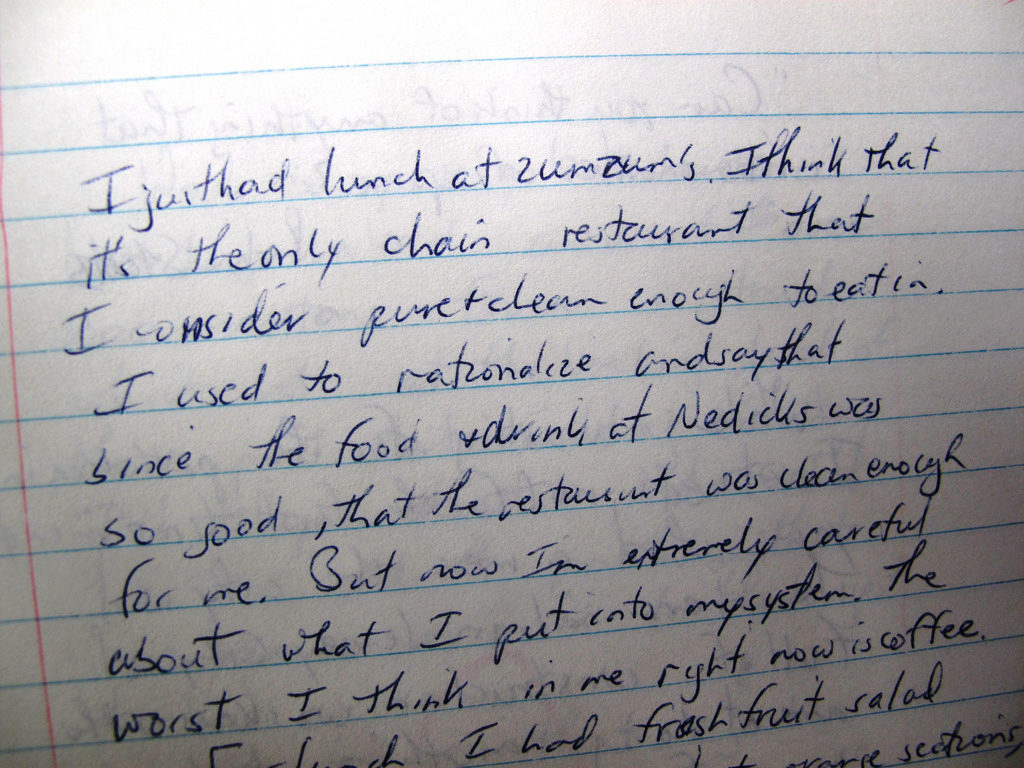 « Mother’s Little Helpers
The Energy That Runs Through Us »