Here’s a picture taken at the Tour de l’Abitibi in 1982. For three years in the early eighties we drove the junior team up to Absolutely-Nowhere, Quebec for the race. The paved roads ended north of Montreal and after about 5 hours of driving you’d arrive in the Abitibi region. This was a stage race for juniors only and the most prestigious UCI event on the calendar except for maybe the Dusika Tour in Austria. The rider enjoying the Coke is Steve Wood, a young phenom from Greenwich, Connecticut. Those are also my Weejuns on the left side of the image, and the khakis I’m wearing came from Hudson’s Army Navy Store on 13th and Third. The six-pack water bottle crate was from the Yale Co-op. I’ve lost track of Woody, Hudson’s closed in the early 1990s, and Co-op became a Barnes & Noble in 1997. I still wear Weejuns, but now they’re black only and I prefer the Laytons (very hard to find…) over the Penny Loafers atmo.
. 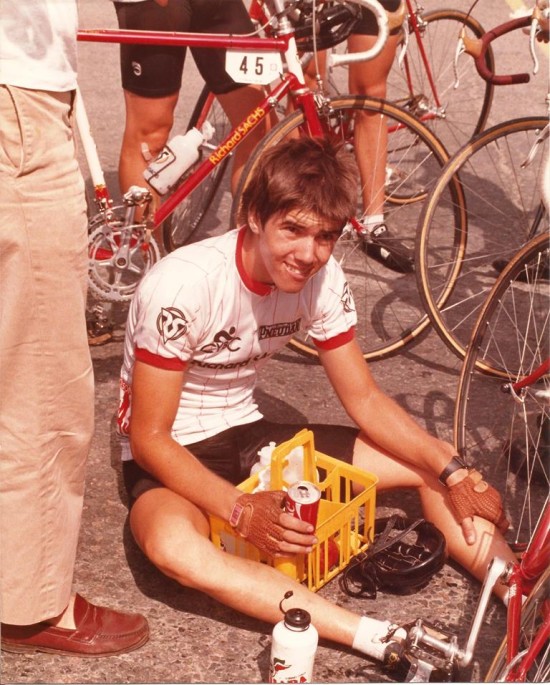