It took nearly three years before the concept became real, for the stylized RS logo (shown on IG 2-3 days ago as a paper cut) to be on my bicycles. Here is the original board that went to the print shop. The two iterations that are pasted down are shown with several that were output later. The originals were the effort of many drawn, photostatted, corrected/edited, and redrawn versions until the scale and all related details were perfect. Then it alone became the master from which more art and print projects were built around. The logo has lived many lives as far as what surrounded it is concerned – shadows, outlines, some geometric shapes – but it has never changed since this day in 1983 when it became final art.
. 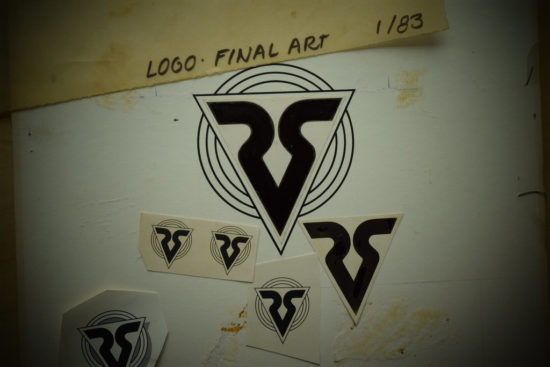