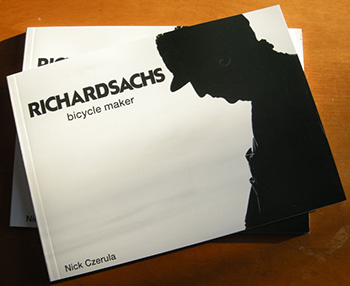 i was brought up with bill bruford.

not literally, you understand; he didn’t live with me, and we didn’t ever go get an ice-cream or anything, but as an aspiring drummer in my early teens, bill seemed to have it sussed as to what constituted appropriate technique, sound and philosophy. so like any impressionable teenager, i did all i could to copy his style. that matched well with my initial obsession with rudiments, for there is truly little else you can do on an upturned biscuit tin full of rattling coins. however, i was blissfully unaware of the barriers with which i was saddling myself, and ’tis only within the past few years that these have come to light.

for starters, bruford played with yes, prior to easing into king crimson then exiting for his own jazz combo. playing tie a yellow ribbon every saturday at a local working men’s club rarely requires the ability to infuse the rhythm with fills carefully worked out in a 9/8 time signature. yet it appears that not only had that not occurred to me, but in truth, it rarely stopped me. true to my adopted percussive roots, i amassed way too many expensive cymbals for the mere act of accompanying a modern waltz, yet still the penny failed to drop.

in retrospect it may have been bill’s failing that conditioned my own. on arriving at king crimson, his cohort in noise was a free-form percussionist by the name of jamie muir. his modus operandi encompassed everything that could be hit, and thought little of dangling chains and other industria across his array of lossely named percussion. bruford at no salient point, followed suit; even when muir disappeared into obscurity, leaving bill as sole percussionist in king crimson, the drum sound remained bereft of anything that might sully that identifiable snare drum sound or those all too beautiful sounding toms.

thus, the notion that one could treat one’s drumset to produce interesting and ethnic sounds, though well-known to me, remained sitting on the shelf labelled anathema. 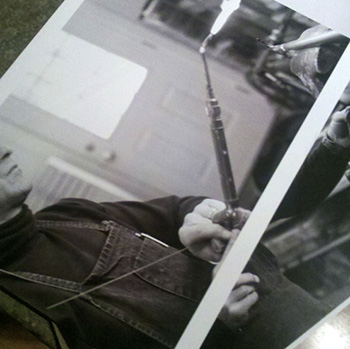 and so it has been in those extensive, intervening years. the very thought of placing a towel across the floor tom, or resting a splash cymbal on the snare drum was tantamount to heresy as far as i was concerned. my face doubtless went chalk white on my first recording session when the engineer placed his wallet on my snare before unceremoniously removng the front bass drum head and pushing a duvet inside. where was his reverence for the stateliness, craftsmanship and expert tuning of those instruments? granted, the jingle was only to last 40 seconds, but those were my 40 seconds.

it is perhaps a change i could place at the door of ageing, or perhaps now that bill bruford has retired from public performance, i have removed the blinkers and discovered a whole new world of noise making. over the past few months, the pouch at the side of my trap case has acquired all manner of shakers, bells and interesting looking sticks, and i no longer care if any given performance is without a paradiddle, ratamacue or one of the more obscure stroke rolls. in a word, i am liberated from my own folly.

except, that is not entirely true, for i continue to apply similar retentive parameters to my cycling. it is very much not in order to wear a rapha jersey, paired with dhb tights and an endura softshell. i care not one whit that the cycling fashion police are non-residents of the isle, nor that fellow customers at debbie’s are unable to tell the difference between marques. the point is; i know. i confess i am doing my level best to excoriate myself from such practices, and there has been a modicum of success in this direction, however, there is still a way to go.

it extends too, to my bicycles. the cielo arrived with a pair of chris king wheels, and i know it would give me sleepless nights were i to replace those with another brand. it was, for several years, hard to adapt to the fact that a cycle might not own its own brooks saddle (i’m getting over that one) and still i would feel awkward if i’d ever to fit two distinctly different tyres on one bicycle. perhaps i need to look elsewhere for the necessary succour in similar manner to my having adopted the persona of bill bruford.

in which case, it is surely not necessary to look further than warwick, massachusetts? 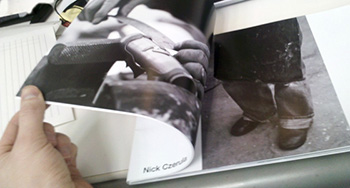 demonstrating that we don’t have to accept things as the manufacturer would have you do so, is beautifully demonstrated in the video below. you will all know by now that richard sachs has been principal sponsor, organiser, general factotum and frame builder to his own ‘cross team for more years than he perhaps wishes to recall. it would be a naive person who questioned his undoubted affinity with the sport both from a racing and mechanical point of view. thus his need to saw a few millimetres from the end of the cantilever brake shoes fitted to the team bikes probably strikes a chord with many of us who have observed, yet failed to act.

the length and curve of many canti brake shoes currently purveyed oft times finds them restricted in their braking curve by butting up against the inner face of the front fork. i, like many, have accepted this as just another cross to bear (sorry for the pun); surely the manufacturers of such brake pads would not offer such length were it not needed in the name of perfect modulation? according to richard sachs, modulation has nothing to do with it; sawing off those excess millimetres causes no undue distress to rider or brake shoe. oh to have such confidence in one’s metier.

the life of a framebuilder is often a solitary one where sullenness and a degree of unsociability can be easily tolerated because it impinges on no-one else. but it can also be a fascinating one, particularly for those of us who struggle to fit a valve dust cap correctly. measuring, tacking, filing, shaping, brazing and polishing are all techniques bandied about with ease, probably more often by those without the expertise to fully understand their implications in relation to the bicycle frame. the act of ordering a hand-crafted frame is rarely one that improves one’s education in such matters. i doubt whether many builders invite the customer to ‘drop by anytime’and watch your bicycle take shape.’ 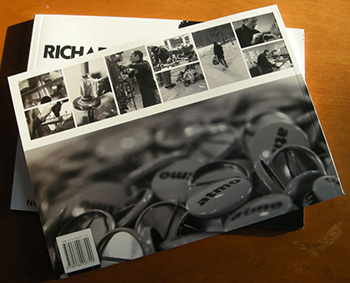 that luxury is for the favoured few, one of whom happens to be nick czerula, a photographer and editor who has spent the past year in the shadow of richard sachs, documenting what he sees as the daily, weekly and monthly patterns. he has not solely confined himself to the workshop, but in an effort to clear the head and lens of flux and flame, followed richard to the cyclocross circuits of the eastern seaboard to detail such extra-curricular activity in red and white.

this is surely a moment, albeit a lengthy one, that is worth recording for posterity? if richard sachs’ claims are fulfilled, there may well be a thinning out of those involved in the practice of building steel bicycles by hand, simply through economics and the fact that mass produced bicycles are pretty darmed good these days. it is unlikely that the handbuilt bicycle will ever truly disappear, but viewing the working practices of a master is not an opportunity to avoid.

nick czerula’s richard sachs bicycle maker is available even as i write. there was a stricty limited edition signed by both nick and e-richie ($69.95) but those have sold out already so the best you can hope for is a copy of the regular edition for $59.95. do not let this opportunity pass you by. (i hope to have a review of the book on the post within the next week or two)

The preceding article was originally posted on thewashingmachinepost on July 21 2012.