Here’s one I love. This 4 X 5 was originally shot by Ray Perkins in 1983. It shows the non-drive side of my seat tube graphic. I had color bars that trapped the contrasting panels often added to paint schemes. When I did the first identity program revision in the early ’80s I wanted some Made In USA sentiment without getting patriotic, use flags, or tap the red, white, and blue thing. I decided the image on D.O.T. signs that some small villages in Connecticut have would be the best way to say it all. As a resident of one, what I was used to seeing daily became an elegant solution. Made in Chester.
. 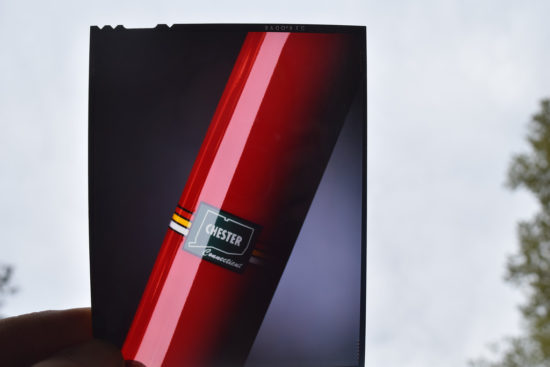