Peter Brentlinger took the original photograph and I took this one. It’s from 1996, or maybe a year before. We shot a series for a printed piece that this became part of. This image was selected for the cover and had some type laced over it. It read, “Why buy a frame from a one-man shop still using tradtional hand-building methods?” The answer was inside the brochure and simple. Because technology alone is a poor substitute for experience. I first used these words in 1990 for an ad placed in Velo-News’ 20th Anniversary issue. On many levels they’re more germane today than ever before.
. 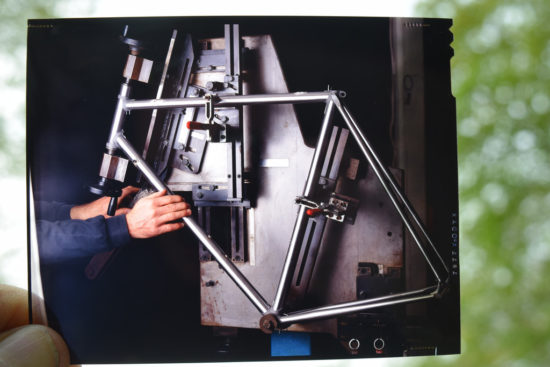