Leaving One Scene At A Time

Nothing stays the same. Dealing with change is now my full time job. When I look in the mirror, I often think, “It’s not you, it’s me.” So, for personal growth, do I get rid of me, or do I get rid of everything else? It’s clear that some of my things should have been tossed long ago.

For the first year in ten, I stayed home from the annual framebuilder pageant. I made the decision last March and sometimes wondered if it was rushed and whether I’d stick with it. Would I have separation anxiety? Well, the precious weekend came, and it went, and my pulse never changed.

My trade was once the pinnacle of the industry’s art form. Factory-made bicycles put the needles into entry level arms, but framebuilders kept them there. A framebuilder was someone who left the assembly line to listen to his own voice. He came from the sport or, at least, understood it. Design and fabrication skills were learned at a bench and from pinning on numbers. No apps. No formulas. No Google. Man, has it changed.

Most Y2K framebuilders couldn’t work without a cad program. Or design a frame without a fitter. Many couldn’t produce a frame without a dedicated fixture, or measure “straight” without a two ton granite table. There’s a whole subculture that goes online and asks OTHER framebuilders how to add braze-ons, what tubes to use, and what brazing rod to buy. These guys aren’t building something as much as they’re assembling material based on a set of instructions. And who among them still makes his own forks?! Things have changed, alright.

There’s a scene in Sunset Boulevard when actress Norma Desmond is caught between two eras, the silents and the talkies. In a similar vein, the shows represent a culture I have many ethical, aesthetic, and professional differences with. For a decade I simultaneously ignored and supported what was there. But now I’d rather walk another path, acting out life on my terms.

It’s not my role to keep things a certain way. The future happens. Those who now listen to their own voices speak a language that’s foreign to me. And no matter what words they use, I only hear one thing: “It’s the trade that got small.”
. 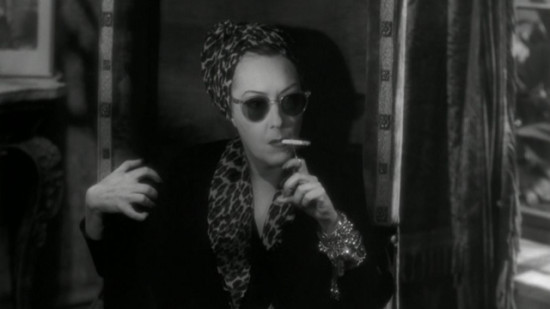 « Words Of Enchantment
Letting The Light Back In »