No Static At All

The news about Walter Becker has consumed me. I can’t put a finger on it. But I will put a finger on it. He and Donald Fagen, several years my senior, were ever-present voices in my scholastic times. I was at The Peddie School trying to make sense of life. For a 16 year old on a campus, that meant what are you gonna do. Of four colleges I applied to, Bard College was where I wanted in most. But alas I got rejected from all of them, Bard too. Perhaps my Steely Dan connection pivots not only on their words and music, but because they got to be students there..

I’ve listened to this one version of My Old School on YouTube dozens of times in the past three days. A 1973 appearance on American Bandstand. Forget for a minute that it’s beyond karaoke. The session is raw. It’s real. It knocks down barriers. It’s so under my skin right now that I can’t imagine anything else. Young men with angst. Singing about an experience they had up in Annandale. The school. The 35 sweet goodbyes. The oleander. The bust. The deceit. The Us versus Them. These speak to me. They make me nostalgic.

The people in the YouTube are all old men and women now. But the track reeks of ideals. It’s so full of youth and potential. Of that emotion that screams, “It’s our time now.” Very little in the daily routine pokes as much into the conventional life as when the next in line are ready to take over and make a mark. That energy. When we lose it, we age. And when we age, we’re saying to others, “It’s your turn.”

When they sing, “California tumbles into the sea, That’ll be the day I go back to Annandale”, that’s code for #neverfuckingrelent .
. 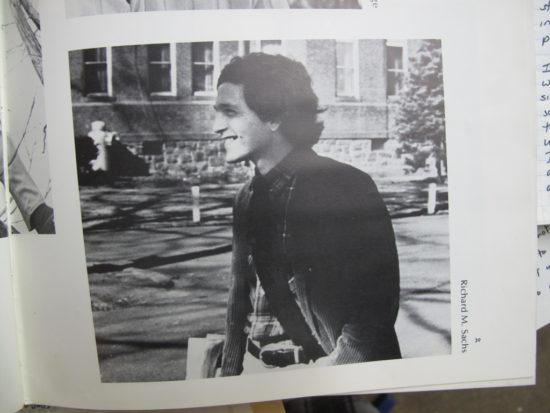 « Build Sheets
Back At It »