When you first see a Richard Sachs bike you are drawn closer to it immediately. The perfect lugwork, the square shoulders of the fork crowns, the matter-of-fact simple lines and the thick paint all contribute to its simple beauty. I’ve drooled over many bikes, but there is something unique about a Richard Sachs bike.

Some may want frames to look retro, but there is something different about a Sachs frame and something distinctly modern about them too. The closest you get to them is from the traditional steel builders from Japan. One of these, Yoshiaki Nagasawa, is renowned as a framebuilding heavyweight, a genius in the art of hand brazing and clearly an influence on Sachs (who also happens to own several Nagasawa frames). Sachs first spotted a Nagasawa at a New York bike show and he had to track him down. Why? “I was inspired by the Japanese reverence for quality handmade articles of any and all types, some important, some mundane, but all constructed with respect for craft, skill, and heritage, and, I suspect, with little or no regard paid to commerce or promotion. My attitude towards framebuilding embraces this attitude.” 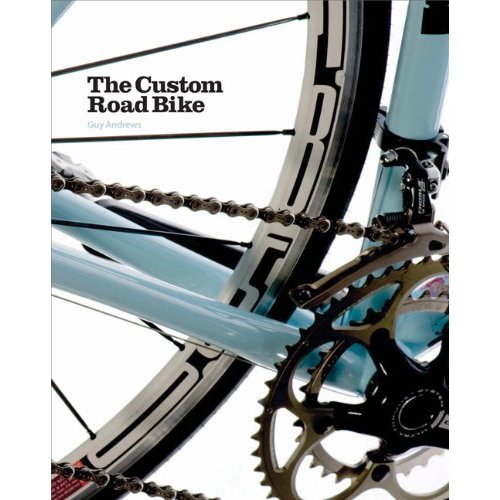 Richard Sachs has been building bicycles since 1972. He still works alone, hence the very long wait list for one of his frames. He selects the geometry, cuts and brazes the tubes, files the lugs, he does everything necessary to complete the eight to ten frames he builds each month. Ride-wise, Richard Sachs has a wealth of knowledge from racing himself, so, yes; they ride well, as he affirms, in his own modest words:

“What I do build are rationally designed, precisely constructed, hand-finished road racing frames. I use a proprietary blend of ColumbusPegoRichie tubing along with the finest investment cast, forged, and pressed steel fittings available. Through the years I have been able to combine my experience in the sport with my artisan approach to framebuilding to develop a predictable, repeatable construction assembly that enables me to produce a perfectly straight, well-balanced frame.”

PegoRichie tubing – a collaboration between Dario Pegoretti and myself to design a 21st century iteration of a material that can be joined with lugs and have all the weight, strength, and emotional characteristics that are expected in bicycles made in the ateliers of framebuilders who still do their own work rather than source it from Asia.

Currently, the delivery is quoted at 7 years.

Who is your customer and how would you ‘define’ them?

He/she is an amalgam of someone who is discerning, not swayed by marketing, has a sense of the industry’s history, doesn’t want to be made a monkey of, “gets it”, is in no rush, and more. Many of my clients call in many times before committing. From where I sit, they research this well and know intimately what they want and need and have no issues queuing up for it.

How long have you been building bikes?

Do you make (or have you made) frames for any pro-teams or professional riders?

Yes (on the latter). But these are different times. Prior to the last decade or so, I could count as many as 30 riders on RS bicycles who were on the National, Worlds, and Olympic Teams of USA and Canada. For me, or more aptly stated, for “us”, all of that ended when the federations began to mandate that riders had to use parts and brands from the official equipment pool from whoever threw money at it in any particular year.

What started your interest in bicycle engineering/design?

That is too long a story. Suffice it to say it was not/never planned. It was all serendipitous. I ended up in London after being turned down for a measly wrench job for which I was never qualified anyway! Learning about bicycles and moving overseas was an act of revenge (to that shop) as much as anything else.

Who taught you to build?

For the most part, I am self-taught. A year in London at Witcomb Lightweight Cycles set the table for me, but I was not there as an apprentice. I witnessed and absorbed as much as one could, but once I came to Connecticut and jump-started my career, nothing I did had much overlap with what I saw there.

Who influences what you do now (if not all of the above)?

I have influences in this industry. I did long ago. Bill Hurlow was one. The legend surrounding Faliero and Alberto Masi and their artisan shop at the Vigorelli was another. Mr. Nagasawa also is in the mix. But all of that is mostly residual stuff from the 70s and early 80s. Since then I have taken whatever cues I took from outside industry sources. Most of all, it’s fantasy coupled with mild low self-esteem. I have always wondered what existed in places I had no access to, and the antidote was to create a mythical worker who could channel experiences and design elements so that I could somehow, eventually morph into that. Suffice it to say, working alone is its own reward yet can come with a few demons too!

What is the best material for frame manufacturing (and why)?

Steel. Because I am comfortable with it and can tame it – period.

How do you size your customers?

What is the most exciting new development in frame design or tubing technology?

The PegoRichie tube set, now in its third iteration and available in two weights and two lengths, tops that list.

What’s the most important element to the frame?

Design trumps all. Construction and material compete for second and third place!

What do you want to achieve for your customers?

I have never considered that. I continue to make these frames to better understand why so many become what they want, rather than what is planned. To be sure, all work, fit, and please the client, but making something by hand, particularly an item wound so tight as is a steel bicycle frame, includes a certain amount of acquiescing to the material and the process. After 30 years, it still confounds me that no two can be alike, and my role at the workbench is to take the better of the two and repeat it. And so it goes…

Who is/was the best frame manufacturer or builder and why?

Frames are things, and there’s no real way to account for them unless a rider is part of the equation. To wit, there is and will never be a “best”.

The preceding article is reprinted from The Custom Road Bike by Guy Andrews, available now through Amazon.com and other fine book retailers.

« fastidiousness
Guardians of the Flame »