The Highest Level Of Design

Changing technology first formed and then dissolved Richard Sachs’ business relationship with Samson components, but then later re-formed it. 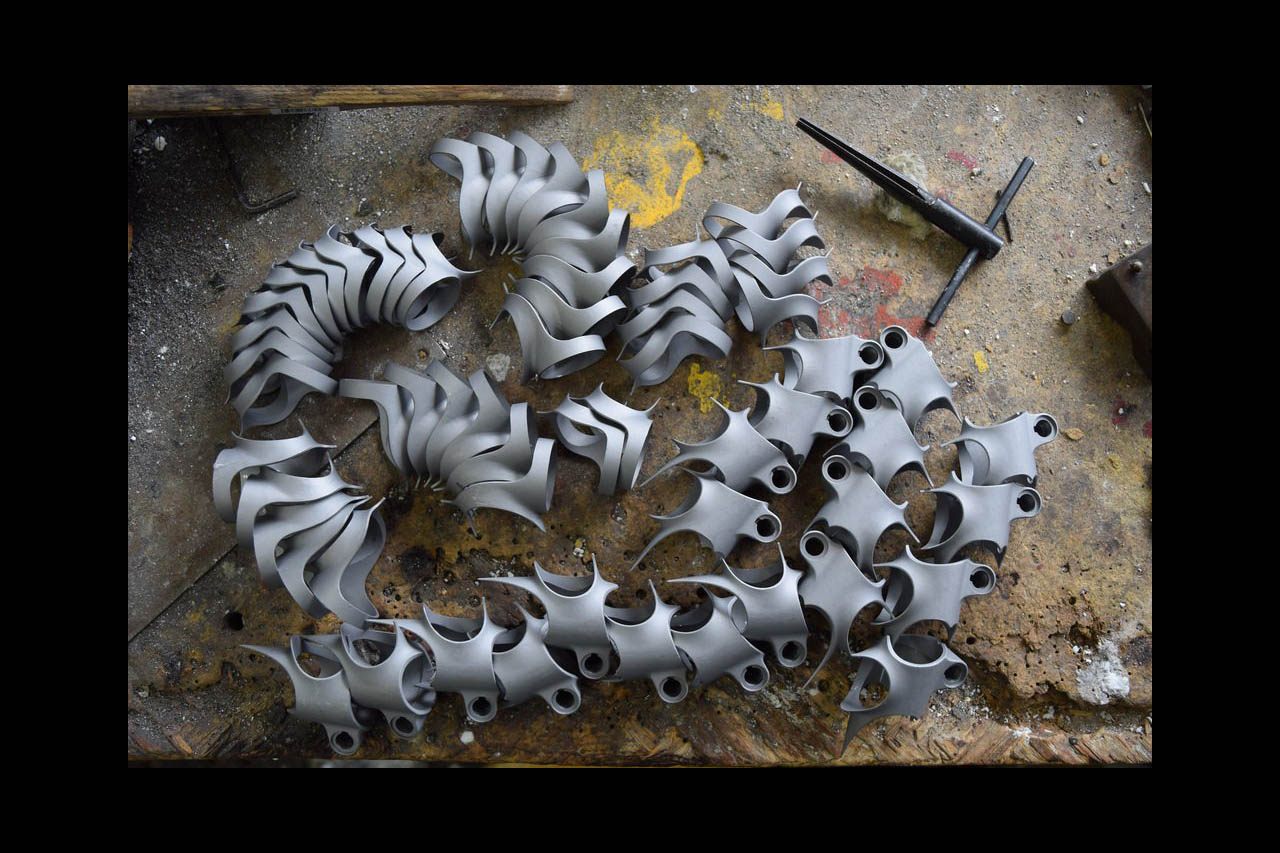 By the time my first decade at the bench ended, I was only beginning to get a sense of things – the processes, my tools, bicycle design, as well as getting familiar with the materials. It was an interesting era to enter the trade because the many tasks that were routinely done by human hands were, little by little, being replaced by automation and technology.

A frame builder’s metalworking skills, once part of the job, were giving way to the next generation of components made using the investment casting method. After ten years of filing what must have been thousands of pressed steel lugs and small parts, I finally transitioned and left a part of my past behind. At the International Cycle Show in 1982, Tetsuro Harada from Samson Cycles walked into my booth, showed me his beautiful products, and I became his first client in North America. I used Samson frame building parts on more than 1,200 Richard Sachs frames made through the late 1990s.

I believe, I have always believed, that round shapes, torch brazing and lugs, along with fine design and a decent skill-set, are the ingredients that enable a working frame builder to do his best work. As time passes and the need for an industry to reinvent itself comes and goes, the frame builder listens to his own voice and isn’t distracted by the commercial noise that gets louder with each passing fad. That’s my line, anyhow.

The decision to use lugs in my framebuilding is not about bringing along the past or venerating it. To me, lug assemblies are the most rational way to make a frame superbly well, to ensure the optimum ride characteristics, to maintain the quality of the steel, and to maximize its service life.

Despite my convictions and/or any self-absorbed ties to a past I may have inherited by dint of entering the trade in 1971, the niche and its supply chain have moved on. Nearing the end of the 20th century it was clear to me that other materials and joining techniques had already supplanted the methods and traditions that formed my early education.

Sometime around 1995 I started using oversize tubes, and the Samson parts, lovely as they were, weren’t offered in all the dimensions I needed. I assume that Mr. Harada continued in business supplying the Nihon Jitensha Shinkokai related builders for the national keirin.

The nineties were difficult times for frame builders. Many were left scratching around for parts and components just to fill orders, as our industrial vendors moved on to catering for major manufacturers whose agendas were the polar opposite of ours, or at least of mine. I spent the rest of the decade using generic OS parts, adding metal to each one, reshaping and cutting in ornamental windows, and willed them into shapes I could live with. By 2001 I reinvented my business model and made it my goal to reverse engineer some of the trends I saw as threats to my corner of the hand-built trade.

Many of the established builders of those years retired, passed away, moved over to TIG and fillet joins, outsourced, or went to making MTB frames. I began to design parts for my peers and brethren in an attempt to provide modern iterations of classic parts, all with the hope that younger frame builders could ply their trade without having to settle for old inventories or dead stock items just to have material for making bicycles. By 2010 I had a full range of lugs, fork crowns, bottom bracket shells, dropouts, and tube sets, and had become a bona fide supplier.

The Samson connection may have been dormant, but it wasn’t dead. This was the brand whose beautiful parts finally lured me away from the methods I was reared on and convinced me that precision cast components could be a positive rather than a compromise. That experience had a lasting impact on me, it was something not to be forgotten.

Thanks to the Internet boom, the world became a lot smaller than it was in 1995. Mr. Harada and I reconnected in 2009, and I was beyond pleased to find out that he was still making parts as well as his own beautiful hand-made frames, and was now offering a wider range.

By mutual agreement, once again I offer his range of material to frame builders in North America. These include the lug sets in traditional as well as OS sizes, bottom bracket shells, fork crowns for either 24mm pista or Max dimension blades, and dropout sets for road and track use. I’ll add to the menu in the coming months.