the tao of atmo 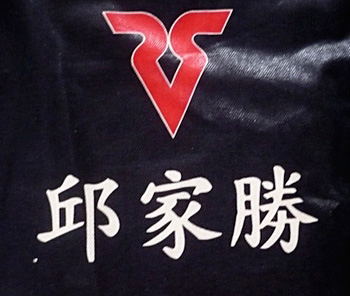 money not only talks, it pedals pretty well too. while we’re all watching professional cycle racing in all its various forms, there are excel spreadsheet guys who are watching mobile advertising hoardings, some smaller than others, depending on the size of the spreadsheet. if technology, wages, and tour buses are to improve every year, the paymasters have to be regularly consulted with cap in hand. and since market strategies themselves are not great and altruistic fans of cycle racing, the sales graphs to which they are intrinsically linked, are just as likely to point in an opposite sporting direction.

in other words, they are fickle.

this is not really a great place to be if you have carefully nurtured the ideal collection of riders, bicycles, mechanics, directeurs and soigneurs that you’d really rather hang on to, and with which to do battle in the following year. it’s an old story and one that is played out year on year across the great divide between the formula one guys at the top and the smaller teams ekeing out a living at the bottom. i am, of course speaking relatively here, for almost all those at the so-called bottom of the pecking order are no less committed to their sport than those with the big buses and a designated team leader.

the latter are well outside the scope of such as thewashingmachinepost, for they deal more readily with the abc audited circulation, rather than a bloke with a mac and a thesaurus, but teams that equate more to the realistic aspirations of both my writing abilities and social skills are no less involved in the merry go-round. 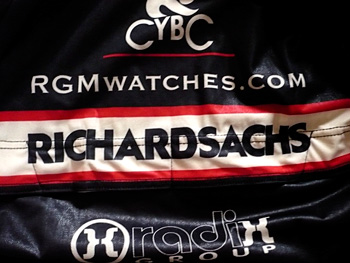 the tour is finished, the nights are fair drawing in, and cross season is merely around the next corner. my very good friend, mr richard sachs is already preparing himself and team to inhabit the mud and gloop of the eastern united states. richard has a waiting list for his frames that would scare the living daylights out of even the most industrious amongst us, and at present, the book is closed. a lovely problem to have and obviously one which needs no outside assistance from addiitonal advertising or marketing. and here’s where, at this particular level, money is not the be all and and all of professional racing, for richard simply has to race cross. it’s as much a part of his winter life as breathing and brazing, but it still costs to enter the playground.

at the end of the 2005 season, one of richard’s sponsors, hudson valley velodrome project, ended their financial input. richard was quick to thank them for their contribution, but, realising that this would leave a bit of a gap in the team’s budget, took the rather enterprising step of offering the sponsorship opportunity on e-bay. rex chiu, one of those waiting for a richard sachs frame, bid on that opportunity and became a part of the rs team support for the 2006 season.

it may surprise you to know, that mr chiu is not the ceo of a large conglomorate, nor the marketing director of an interested industrial behemoth. as i understand it, he is part of the medical faculty at stanford university and contributed to the richard sachs cross team to honour his father. 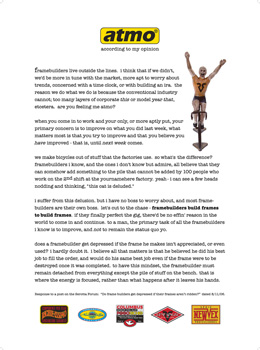 “i chose my father’s name to pay tribute to his support for me and others around him. my father came from a very poor family in a small farming village in taiwan. he was eldest in a family of six children, and he worked hard to become a physician whle putting himself through school and supported all of his siblings through their years of school. he realized his dream and received excellent medical training in the united states. however, he never forgot his roots and returned to taiwan to be with his parents and sibling, and he settled to serve people in a small city in central taiwan about ten miles from where richard sachs lug sets are cast.”

so how do i know all this? well, i have a richard sachs team rainjacket which, not unnaturally, bears the marques of many of his sponsors, such as house industries, rgm watches, and svelte cycles. but placed on both back and front of the jacket, are three chinese characters. not un-naturally, i asked what they meant. reading left to right, they represent hill, family, and victory, rex chiu’s father’s name: chiu, chia-sheng.

in an age of rank commerciality, i find it rather refreshing that a man who doesn’t need any more sales for the foreseeable future, and who has sponsored his own team since 1982, is joined in that venture by another who has nothing to advertise in the first place. the returns required by some are on a different plane altogether.

mr chiu again; “i had the chance to meet richard and felt a great connection with his approach to bicycles and cycling. when the opportunity to sponsor the team arose, I was glad to be a part of it. the three characters in my father’s name fittingly describe the uphill battle he has endured through his life, the devotion he has toward his family and home, and the success he has achieved as a person and as a father.” 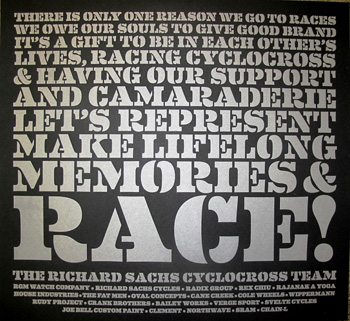 richard has asked me to point out that several other sponsors have made contributions to the team anonymously over the years, aiding a substantial degree of success that simply would not have been possible without them. of course, it is not unseemly that a degree of this success has been achieved simply because the man at the top has a particularly idealistic approach to the race. i printed his general patton speech to team members last year, and in conjunction with sponsor house industries a condensed version was hand-printed in hi’s latest typeface eames for this year’s nahbs. the latter is now available at a cost of only $54 and will be sent with two other richard sachs posters (the tao of atmo, and the frame is the frame). this is your opportunity to emulate rex chiu in your own small way, and help the richard sachs cyclocross team remain in the black. if you’d like a set of these uniquely richard sachs posters, send a paypal payment for $54 to therichardsachs@gmail.com, then choose which wall you’re going to put them on. and incidentally, if you’d like to own some team replica kit, now would be a good time to let richard know before the order goes in.

« bicycles on the cover
fastidiousness »