Twenty Four Seconds In The Ring

In my later years I’ve become a professional wrestler. But I can’t decide if I take on all comers, or if I just wrestle the same opponent over and over again. I look at the landscape of my trade and know that’s it’s changed into something different from the one I entered years ago. And then I find myself having opinions about the sense of a business model that sees people with so little training and experience taking money, putting product into the market, and trying to stake a claim. What’s the rush? That’s a rhetorical question at this point. The future happened, and folks are wired differently. Instant everything is the norm. Few will savor the path leading up to the bench, most just want to stand at one and have a brand.

My wife, The Lovely Deb, gifted me this article from ThoughtWorks several weeks ago and it resonated. It reminded me of the world I tiptoe around in. In this world, my world – frame building, it appears that novelty clearly is the driver. There are exceptions, outliers whose wares are tested, sound, and will endure. And then there are all the others.

Last night I was watching the film Iris.  An almost half-minute exchange between Bruce Weber and Iris Apfel grabbed me because they could have been talking about many things, not just fashion.

BW Isn’t it amazing now how many designers don’t sew?

IA They’re…it’s…it’s unbelievable. See – these new kids go to the vintage shows, and they buy a few pieces, and they change a button or two, and they knock it off, and it’s…it’s crazy. They just have no sense of history. And no curiosity about anything. 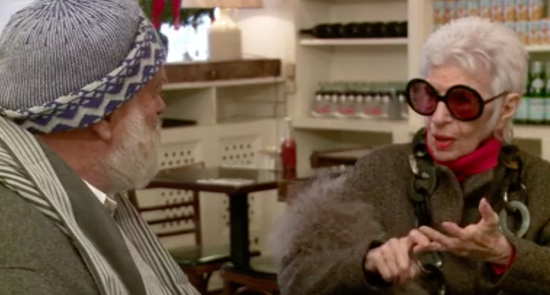